How to Deal with Monopolies – Learn from Singapore 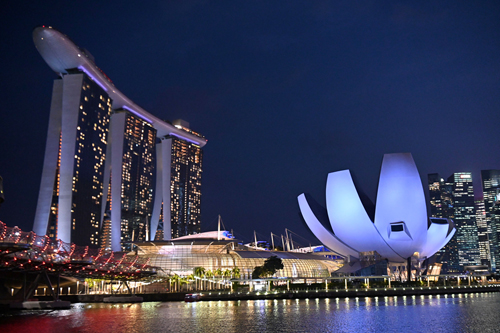 While each of these pillars contributed to substantial improvements, the issue remained of how to resolve the monopoly problem which plagues healthcare. This rears its head on two fronts – the pricing of healthcare treatment and the cost of doctors.

A patent on a drug effectively confers monopoly status so the issue arises about what price is considered a fair reward for a company’s research and development efforts. The Ministry of Health, like NICE in the UK and other regulatory agencies in countries that seek to protect consumers from abusive practices, considers the benefits of a drug relative to its costs and then uses a reference system to compare prices of similar drugs in other countries. Typically, this means looking at prices in some twenty countries, throwing out the outliers, and then taking the average price.

In instances where there are several drugs producing similar therapeutic benefits, Singapore uses its market power as the biggest buyer of healthcare to bargain for lower prices. The Ministry of Health also decides which drugs are eligible for subsidies and Medisave spending and also publishes a ‘standard drug list’ of drugs that are provided at subsidized rates to patients. Drugs which don’t appear on either list may still be available in hospitals but at higher prices. The purpose is to provide an incentive to pharmaceutical companies to get onto the standard list at more affordable prices. In the US, Medicare is prohibited, by law, from negotiating down the price of pharmaceuticals. As a result of this disparity in policies, Singaporeans spend about 60 per cent less on drugs than Americans (Haseltine 2013).

To prevent the kind of irrational pricing prevalent in the US, the government regularly publishes hospital bill sizes and selected quality indicators on its website to encourage transparency, consumer knowledge, and choice. In contrast, a study in the US found that the cost of a hip transplant varied by more than 1,000 percent, from $11,100 to $125,798 (Paddock 2013).

The other part of the system which exhibits monopoly characteristics is the doctors, a profession which is highly restricted in terms of who can become a doctor. Economists use the term ‘rents’ to describe any payment in excess of the cost needed to bring that factor into production. The number of doctors is restricted by universities and state licensing – and it is no secret that the best means to ensure high and steady increases in wages is to curtail supply. Leaders of these institutions lack the incentives to reduce costs which translates to lower rewards for their constituents. So it is hardly surprising that remuneration for doctors has outpaced our ability to pay them (i.e… normal wages) by a vast margin.

Moreover, many doctors organize themselves to get an ever-increasing share of the pie. Physicians are often part-owners in clinics so they have a greater interest to collude by referring cases to experts within their ‘owned’ practice and siphoning off from the most profitable patients.

The average physician income in the US is double what doctors earn in Singapore and other countries like Korea, Germany and Japan, according to Payscale and Salary Explorer. This wage differential is even more extreme for specialists like orthopaedic surgeons.

Singapore has managed to temper the cost of physicians, one of the most important components of healthcare costs, through a variety of measures. It has increased the number of universities educating physicians from one to three, including a collaboration with Duke University Medical School. It offers more affordable education, clearing the way for a larger number of applicants. A medical degree from Duke- NUS costs less than half of what it costs at Duke in the US. As a quid pro quo, students are required to undertake a minimum term of service in the public healthcare sector at a lower wage than is offered in the private market. To augment the supply of physicians further, Singapore has been open to accepting doctors from countries which it deems to have acceptable standards of medical education.

Singapore has also managed to control malpractice suits and the price of insurance for doctors. Besides lowering costs, this builds an environment in which the self-confidence of the doctor is higher and so is the trust of the patient. Far from punitive, being a physician in Singapore is considered to be among the most lucrative and attractive professions.

Book: Too Small to Fail by James Breiding

Your Cart is Empty