Who is an Entrepreneur? 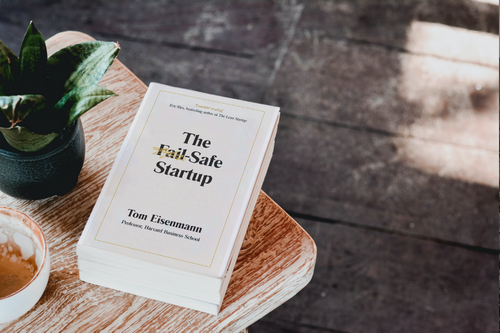 Who Is an Entrepreneur? Some define entrepreneurship as the earliest stage in an organization’s life cycle. For others, it’s a reflection of company size. In this view, all small businesses are run by entrepreneurs, and “corporate entrepreneurship” is an oxymoron. For some, entrepreneurship represents a specific role for an individual; they define an entrepreneurial venture as one that is run by a founder or owner-manager. Yet others view entrepreneurship as a constellation of personality attributes, in particular, a predisposition for risk-taking and an independent streak.

For the past thirty years at Harvard Business School, we’ve defined entrepreneurship as pursuing novel opportunity while lacking resources. Entrepreneurs must create and deliver something new- a solution to a customer’s problem that’s better than, or costs less than, current options. That’s the opportunity. And, at the outset, entrepreneurs do not have access to all of the resources-skilled employees, manufacturing facilities, capital, etc.-required to exploit that opportunity.

This definition views entrepreneurship as a distinctive way of managing, rather than a reflection of a company’s age, its size, its leader’s role, or the leader’s personality. Hence, it rejects the popular notion that every small business is an entrepreneurial venture. After all, once they have matured, many small companies continue to offer only the “same old, same old”–and they have enough talent and capital on hand to do so.

Conversely, this definition allows for the possibility of entrepreneurship within big corporations, government agencies, and non-profit organizations. For instance, it would classify Amazon’s Kindle as an entrepreneurial venture, but not Google Drive. When the Kindle launched, the market for eBook readers was nascent, and Amazon had never before designed or manufactured physical products, so it needed a range of new resources and capabilities. By contrast, Google Drive targeted an existing and maturing market-its rivals Box, Mozy, Carbonite, and Dropbox had all launched years earlier- and Google had ready access to the resources required to enter this market, including marketing channels, data centers, and software engineers galore.

Because they are pursuing a novel opportunity without access to all required resources, entrepreneurs are, by definition, engaged in risky business. Entrepreneurial risk comes in four flavors.

• Demand risk relates to the willingness of prospective customers to adopt the envisioned solution. For Jibo: Did consumers in large numbers want a social robot in their home?

• Technological risk refers to the complexity of the engineering or scientific breakthroughs required to bring a solution to fruition. For Jibo: Could its engineering team build the crucial middleware layer that processed sensor inputs and application instructions?

• Execution risk hinges on the entrepreneur’s ability to attract and manage employees and partners who can implement the venture’s plans. For Jibo: Would third-party developers build applications before the robot had a big base of users?

• Financing risk is relevant when external capital is required. Will capital be available on reasonable terms? For Jibo: After launch delays consumed its capital reserves, would existing investors commit more funds? Would new investors step in?

Your Cart is Empty